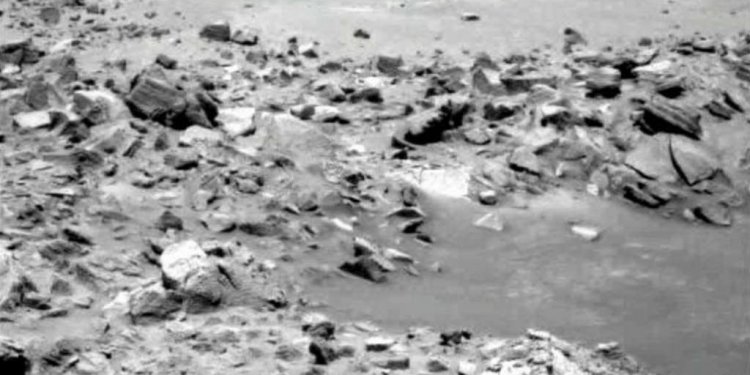 More than 100 new exoplanets have been found by an international team of astronomers using the Kepler Space Telescope on its K2 mission, according to NASA. Out of the 104 newly confirmed planets, four are between 20% and 50% larger than Earth and have the potential to be rocky - signs that they could potentially support life.

Astronomers have already ruled out two of them because they're too hot for life as we know it, but the other two - K2-72c and K2-72e - are in their star's favorable "habitable zone, " where liquid water could pool on the surface and support life.

The single dwarf star these four planets are orbiting is cooler and less than half the size of our sun, which means that even though they are close to their star, they are still within the habitable zone.

Think of these exoplanets like Mercury, which is the smallest and closest planet to our sun, with a fast orbit - 88 days, as opposed to a year on Earth.

If you're zipping through space, these exoplanets can be found heading toward the Aquarius constellation, which is 181 light years away from us. While that sounds far away, it's close enough to be studied by space telescopes in the future.

Two months ago, Kepler confirmed the discovery of 1, 284 new planets, with nine in the habitable zone. The new K2 discovery brings us to 3, 368 confirmed exoplanets. So how do astronomers keep finding and confirming more planets?

Kepler and its K2 mission observe stars and the slight dimming of their brightness when an object passes in front of them and the pattern of that passage, which indicates planets orbiting the stars. By using that data in conjunction with follow-up observation by Earth-based telescopes in Hawaii, California and Arizona, they can confirm details about mass, radius and temperature.

The K2 mission, which launched in 2014, is extending Kepler's legacy to new parts of the sky in the northern and southern hemispheres and new fields of study, adding to NASA's "arc of discovery." And because it can see more of the sky, K2 has been able to observe more nearby red-dwarf stars, which are cool, small and common in the Milky Way. They're also proving to be quite interesting for researchers, who are discovering planets around these stars.

This is part of why every day is an exciting one for Dr. Steve Howell, NASA's K2 mission project scientist. His favorite exoplanet changes with each wave they discover, he said.

Exoplanets have been making waves over the last 20 years, but the first ones discovered were Jupiter-like gas giants orbiting stars. It wasn't until astronomers realized that rocky Earth-like planets were common in our galaxy that people became excited about the idea that Earth wasn't an entirely unique planet, in terms of mass or temperature. With money, resources and interest directed toward the discovery and study of exoplanets - and seeking to answer the question of whether we are alone in the universe - there has been a fast progression of identifying exoplanets, according to Howell.