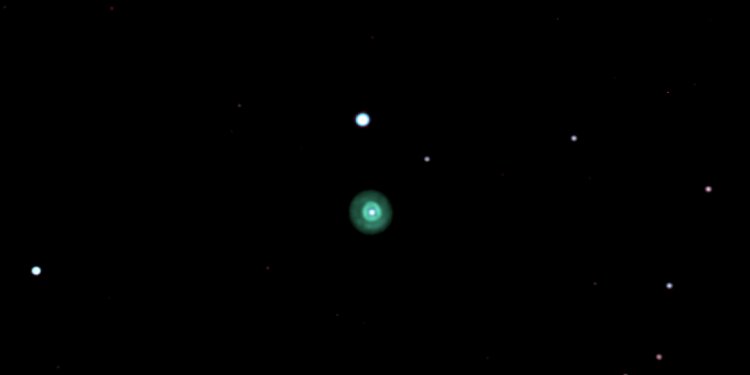 Objects outside our solar system

Astronomers say they have detected clouds of water outside of our solar system ― the first discovery of its kind.

The remarkable find was located 7.2 light years from Earth on a brown dwarf ― a type of low-mass star ― called WISE 0855. It’s described as the coldest known object outside of our solar system and “strikingly similar to Jupiter.”

“Its extremely low temperature makes it the first object after Earth, Mars, Jupiter and Saturn likely to host water clouds in its visible atmosphere, ” researchers stated in their report that was A team of astronomers at The University of California at Santa Cruz led the findings.

NASA’s Wide-field Infrared Survey Explorer (WISE) first detected WISE 0855 in 2014. It wasn’t until recent observations over 13 nights and about 14 hours, using Hawaii’s Gemini-North telescope and the Gemini Near Infrared Spectrograph, that researchers say they were able to get a clear enough picture of its infrared spectrum.

The spectrum not only confirms, with “the best evidence, ” that objects that cold would have water clouds but also provides new insight into this outer star as well as into Jupiter, Andrew Skemer, assistant professor of astronomy and astrophysics at UC Santa Cruz, said in a press release this week.

“Our spectrum shows that WISE 0855 is dominated by water vapor and clouds, with an overall appearance that is strikingly similar to Jupiter, ” Skemer, who co-authored the report, said. “Now that we have a spectrum, we can really start thinking about what’s going on in this object.”

The brown dwarf is similar in size and temperature to Jupiter. Because it isn't able to shine like an ordinary star it's considered a "failed star."

In addition to abundant water vapor, Jupiter and WISE 0855 also share similar temperatures — WISE 0855 being around 250 Kelvin or -9 degrees Fahrenheit, and Jupiter at 130 Kelvin.

“WISE 0855 is our first opportunity to study an extrasolar planetary-mass object that is nearly as cold as our own gas giants, ” Skemer said.

The brown dwarf likely has a less turbulent atmosphere than Jupiter, however. That’s because it does not heavily absorb the toxic gas phosphine like Jupiter does, the report explains. It’s also about five times the mass of Jupiter.

“The spectrum allows us to investigate dynamical and chemical properties that have long been studied in Jupiter’s atmosphere, but this time on an extrasolar world, ” Skemer noted.

The atmospheric findings appear to further blur the line between planets and brown dwarfs, which are often called “failed stars.”

Models of our solar system