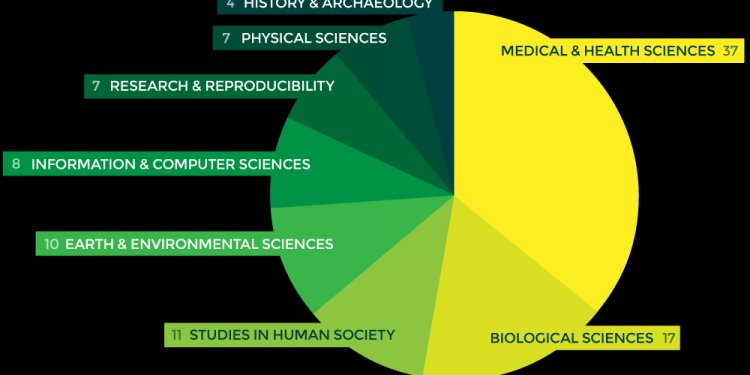 How sustainably are we using Earth’s natural resources?

First: Can we even answer the question?

Not according to a new article in the journal PLoS Biology coauthored by Nature Conservancy Chief Scientist Peter Kareiva.

Kareiva and his coauthors argue that the most widely cited measure of global and national sustainability — the Ecological Footprint — has serious conceptual and scientific flaws that render it almost unusable for scientists, policymakers, resource managers and investors.

Instead, the article’s authors argue, science needs to develop new indicators for decision makers — ones that show the trends for critical natural resources such as soils, forests, fisheries and fresh water supplies.

“The Ecological Footprint had utility in its day, ” says Kareiva. “It alerted the world to the notion that humans have a huge impact on the planet, and that eventually there may be limits that feed back to undermine the global ecosystem.”

“But now policymakers and business leaders are demanding much more sophisticated information about the benefits we get from nature — information that can be used to inform smarter investments and decisions, ” he adds. “We need better metrics to support those demands.”

‘Hard to Translate the Ecological Footprint into Concrete Policy’

Since its development by scientists Mathis Wackernagel and William Rees at the University of British Columbia in 1990, the Ecological Footprint (EF) has gained increasing popularity with environmentalists, national governments and even some corporations as a measure of planetary or national sustainability — or, rather, lack thereof.

You might have heard of “Earth Overshoot Day” — the day each year the planet’s demands on its renewable ecological resources exceed their annual supply (or “biocapacity”), according to EF calculations. (This year: August 20.) Indeed, according to the EF, many countries — from China to Montenegro to the United States — and the planet itself are in chronic and accelerating ecological overshoot.

Previous papers have critiqued various components of the Ecological Footprint on technical grounds. But the PLoS Biology article attempts a wholesale dismantling of the EF approach, at least for global and national accounts. Its major points:

These flaws make the EF fatal as a basis for policy action, argues Linus Blomqvist, lead author for the paper and the director of The Breakthrough Institute’s conservation and environment program.

“It’s hard to translate the Ecological Footprint as such into concrete policy to mitigate the footprint, other than broadly trying to reduce carbon emissions, ” says Blomqvist. “And tons of carbon would be a much better measure for that.”

Blomqvist described the EF’s approach as one of simply measuring the quantity of biological productivity — equating all biomass “no matter if its from grazing land or forests or fisheries” — while missing the services nature provides us and with them the tradeoff decisions that make up sustainable production.

“Are we growing food that doesn’t do too much harm to other aspects of our environment? “ Blomqvist continues. “Are we overusing water, depleting soils, losing biodiversity? What kind of forests are we losing — plantation or primary rainforests? The Ecological Footprint doesn’t actual help solve any of those things on a national or global scale.”

Officials at the Global Footprint Network — the non-profit devoted to spreading use of the EF — vigorously rebut the PLoS Biology critique.

In an email, Global Footprint Network President Mathis Wackernagel argued that Blomqvist et al. miss the whole-system perspective that the EF provides analysts. For instance, he wrote, the EF us shows how shifting from fossil fuels to biomass fuels might have unintended spillover effects on Earth’s biocapacity — an insight that could potentially guide policy choices in these areas.

Wackernagel also denies that the EF is little more than a carbon footprint.

“Yes, fossil fuels now appear to be the primary driver of ecological overshoot, ” he wrote. “But it is the sum of all components that add up to overshoot. As oil, coal and natural gas become more costly and difficult to access, and impact our use and availability of resources, Footprint accounts will almost certainly report a shift in human demands on other biocapacity components of the Footprint.”

Wackernagel also contends that it’s a misunderstanding to see the EF as an argument for national self-sufficiency in biocapacity.

“We point out that most policy-relevant Footprint applications are at the local or national scale, ” he writes. “We only argue that biocapacity deficits are a risk in a world running into ecological constraints. Traditional economists advocate for balanced trade in monetary terms. In a similar way, it may be of advantage for economies to consider trade balanced in biocapacity.”

Global Footprint Network officials provided on request an extensive list of the EF being used in national decision-making, including:

Calling for an ‘Earth Genome Project’

Blomqvist and Kareiva caution that their critique of the EF should not be taken as an argument that the planet is in a state of sustainable development — just that we need much more precise and useful metrics of that planetary state.

“We’re probably not going to get to anything like a single global metric that can really usefully capture all our impacts on the environment, ” says Blomqvist. “But baskets of indicators could measure the actual things we care about.”

And Blomqvist thinks capturing these metrics is within reach.

“We’re doing reasonably well in capturing many aspects of our impacts on the environment, ” he says. “But the next step is to reduce the human drivers of degradation — and that is a matter of doing agriculture, logging, fishing and so on in a different way. So ecological indicators should be in a format that can inform those economic practices in a helpful way.”

To get there, Kareiva adds, will take a robust scientific effort.

“We need something more sophisticated and data-intensive, ” adds Kareiva. “Something like an Earth Genome Project on par with the Human Genome Project, to give us the answers we need about precisely what our activities are doing to the planet’s natural systems and precisely how we should alter those activities.”